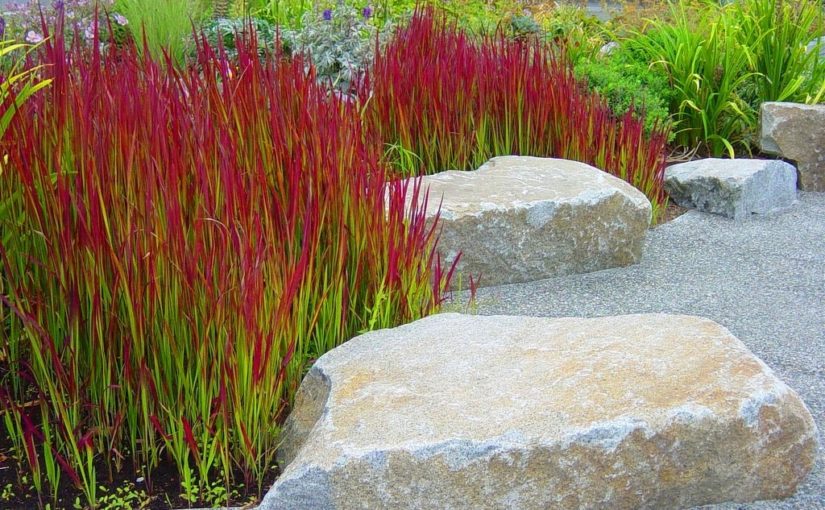 Should you try this ornamental grass in your garden? No!

You can leave this article now, knowing that I’ve saved you from the worst, most invasive monstrosity. If you’re curious what happened, read on. 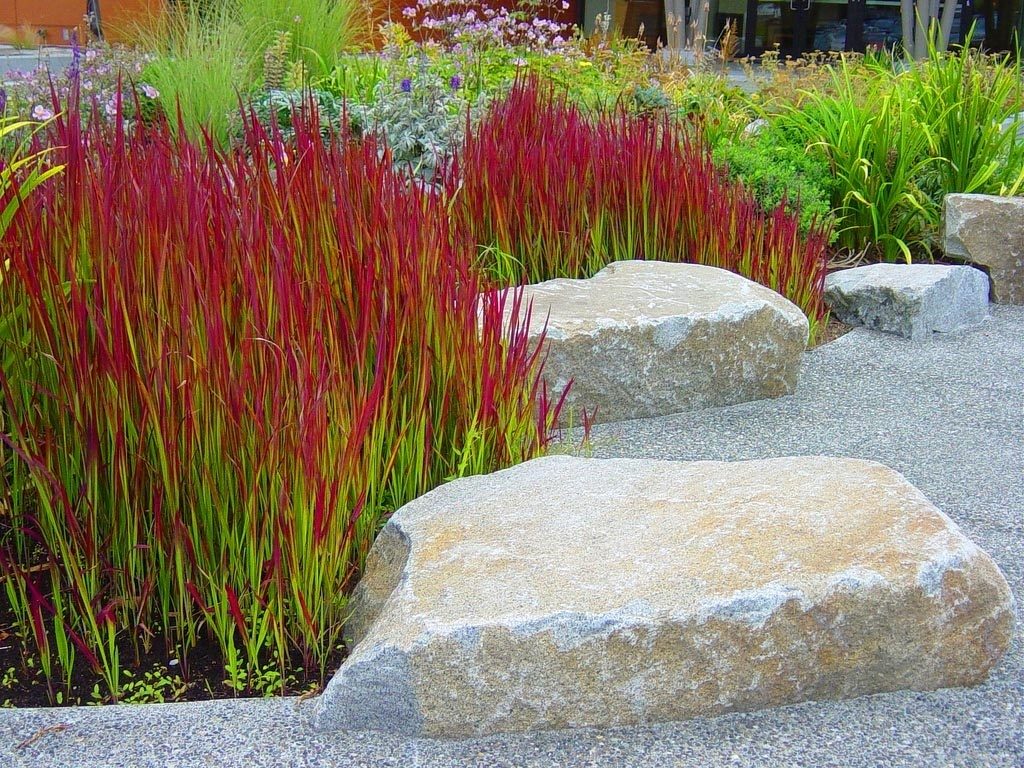 This image is so widely circulated online that I don’t even know who to credit. It’s the image that got me. I jumped on eBay and ordered 20 young tubestock specimens of Japanese Blood Grass.

Little did I know that I was buying a monster that was about to overtake and destroy my entire garden – manga-tentacle-monster-style.

It all started with me clearing the garden bed in front of our house.

Ahhh… tabula rasa, blank canvas. So much potential. So I started sketching different designs and decided to do a big letter “S” to surprise my wife, it’s her initial. 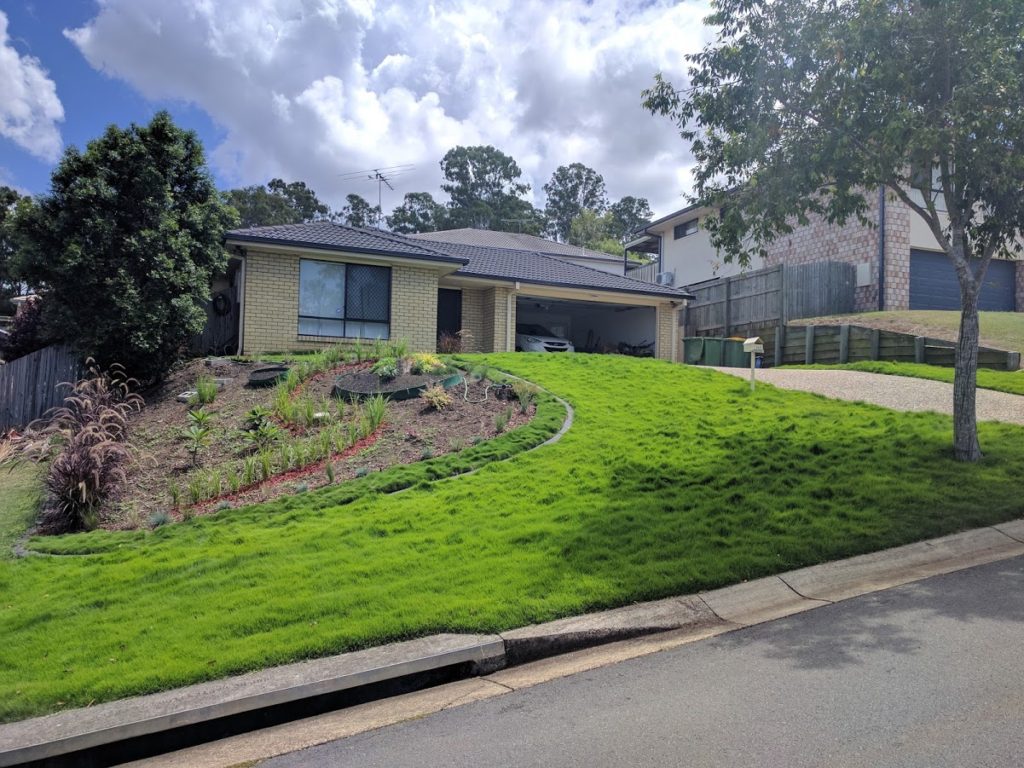 There it is, an innocent looking cogon grass “S”, which doubled in height and density in only a few weeks: 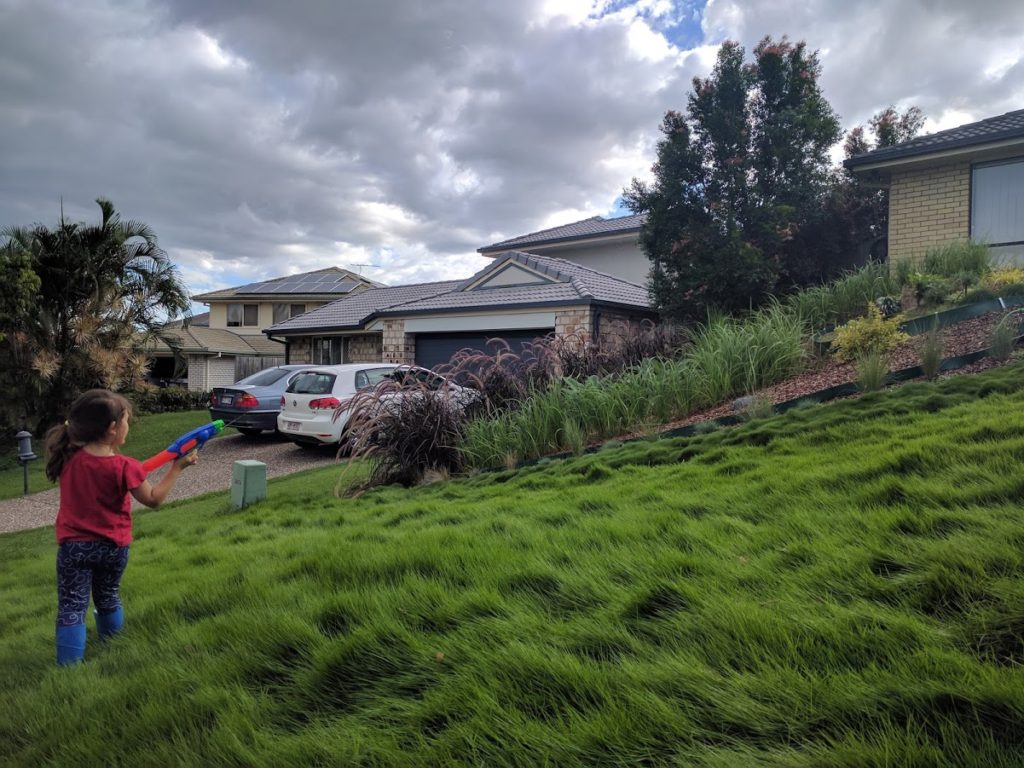 Except, it didn’t turn red. What? Maybe I’ll wait a bit longer. 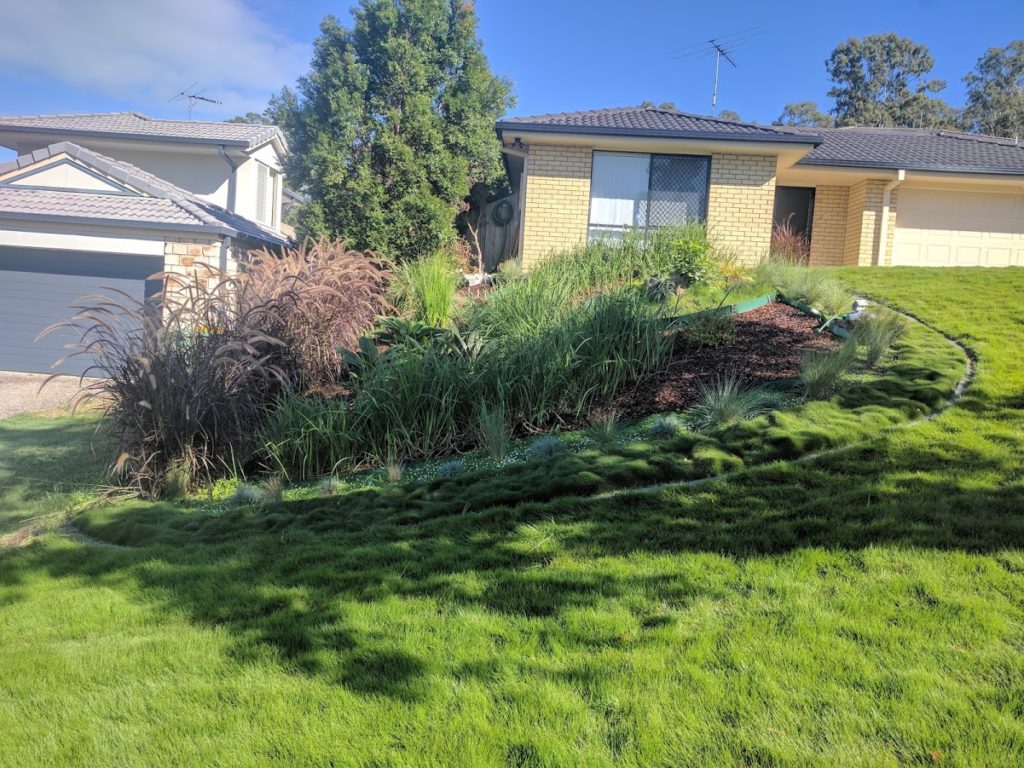 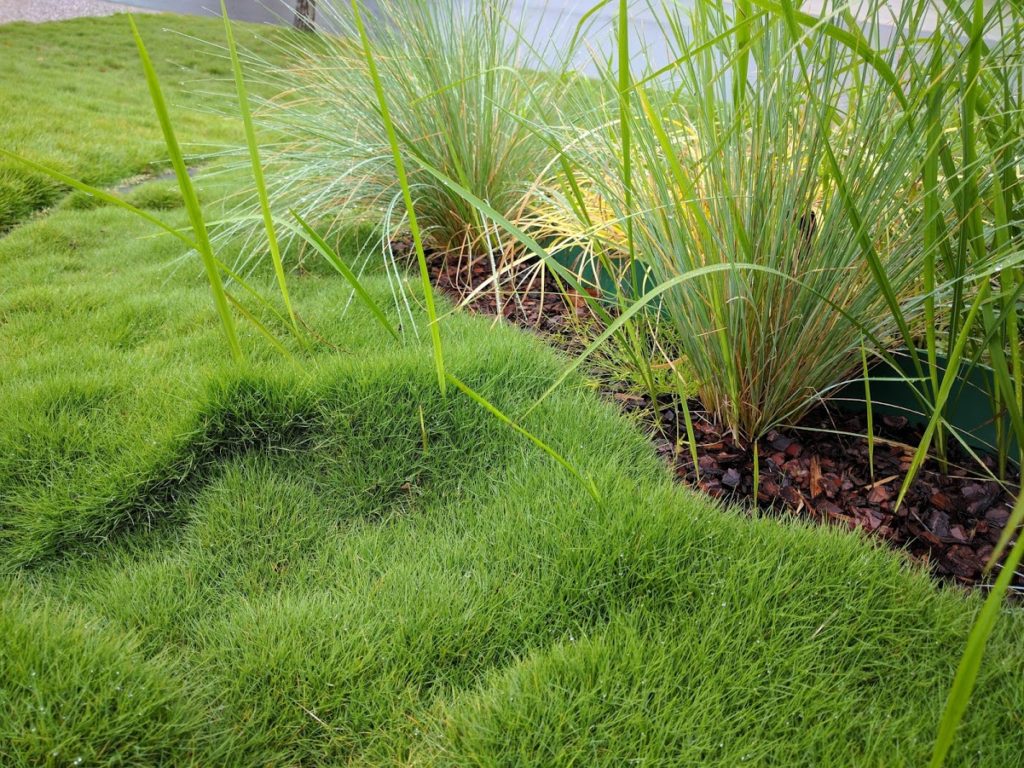 And the last straw, inflorescence and seeds!?! It was meant to be a non-invasive, sterile ornamental grass, what’s going on? 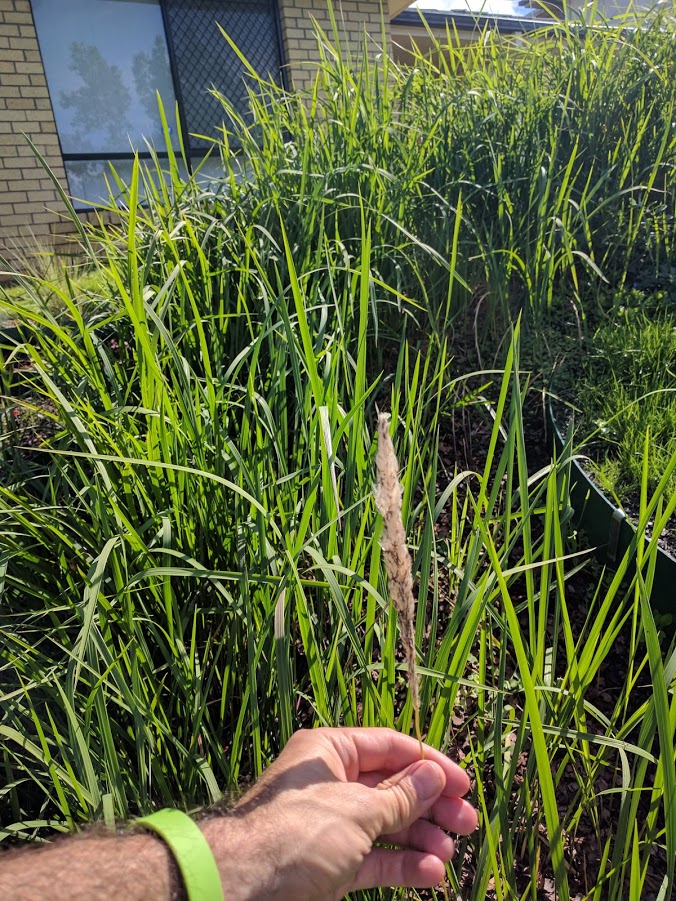 After a bit of Gooling, I found that Imperata Cylindrica Rubra (for one reason or the other) tends to revert to its feral and fertile green form which is known as one of the most invasive plants in the world, as I would soon find out.

Double rainbow? It’s a sign! It’s time for me to start removing Cogon. 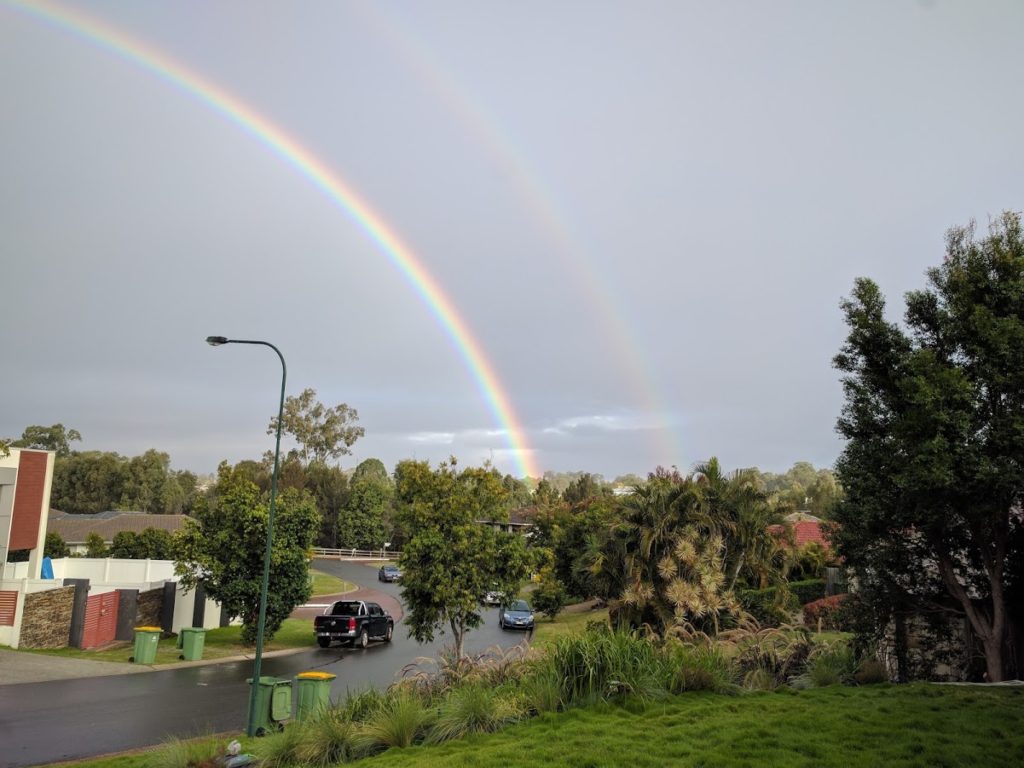 It took three days of hard labour and some heavy digging. We found cogon rhizomes as deep as one metre in the garden bed soil. They’ve spread everywhere. 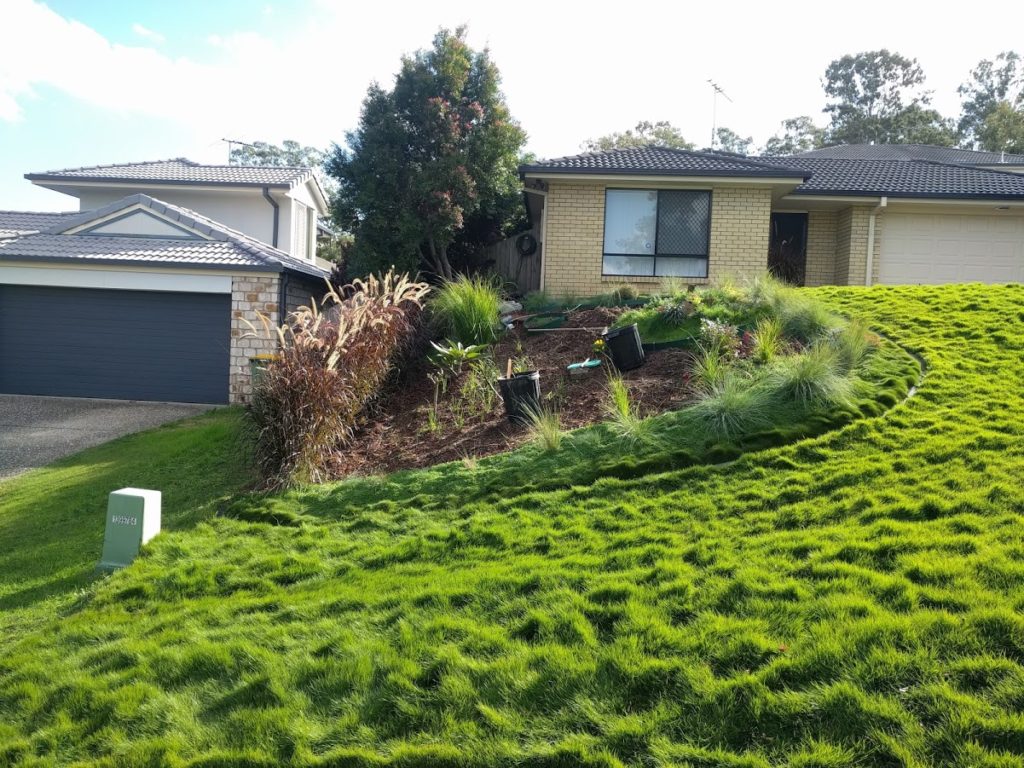 Eventually we filled up the entire bin, and this is just with its rhizomes.

The actual plants were migrated into pots. I’m waiting to see how many of them (if any) eventually turn red. 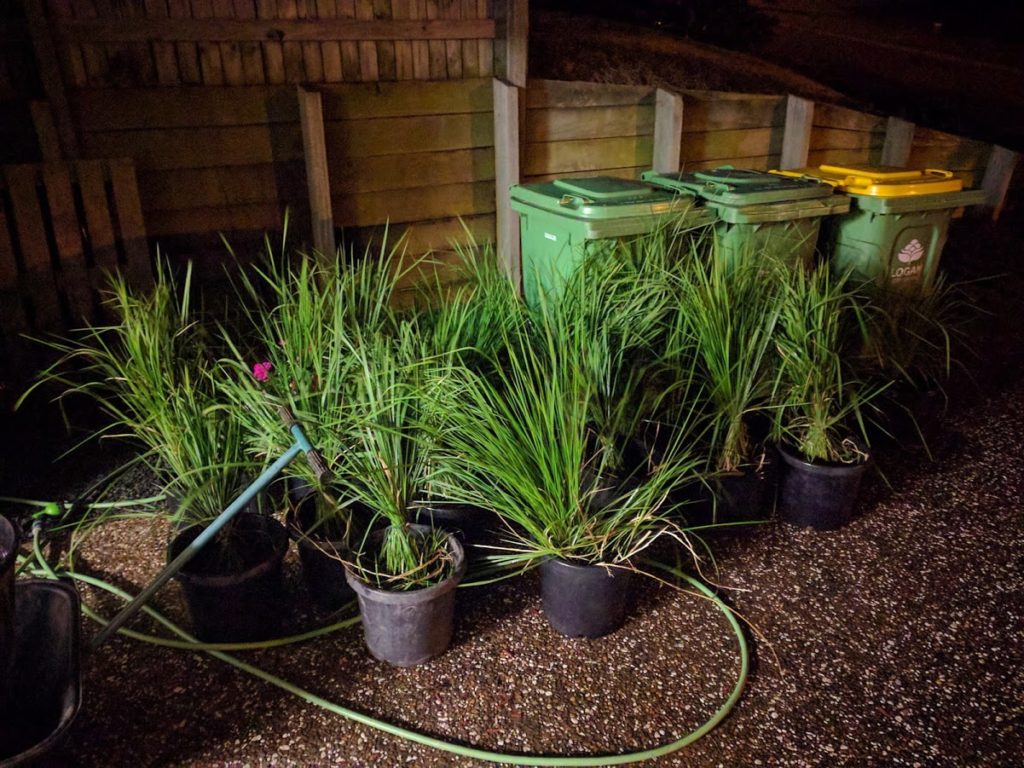 Even after deep root and rhizome removal, I’m still finding new growth here and there. Eventually I might have to use chemicals to completely eradicate it.

I’m just glad I didn’t wait any longer before I decided to contain the monster.