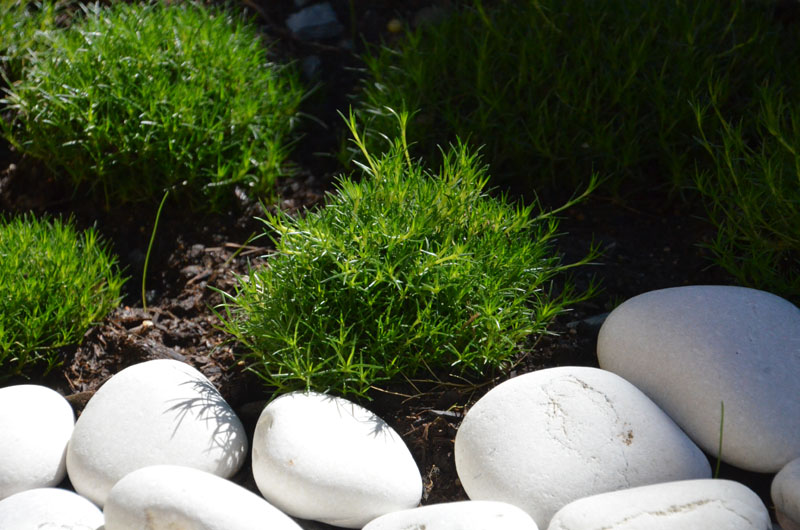 There was this one strip behind my old house that’s always shady, muddy and wet. We had lawn there once but the whole area lacked good drainage and water retention eventually resulted in clay-like soil development and is now covered in moss and weeds.

This sort of thing… yuck! 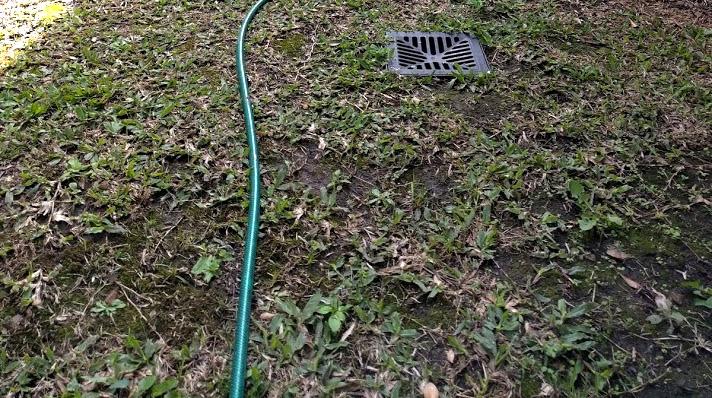 I’m an optimist however, so I saw an opportunity to experiment! Couldn’t do any worse than the above could I? In fact I bet many houses have this one “shady neighborhood of plants” in their yard, that one spot sun doesn’t shine and nice-looking plants simply don’t thrive.

So here’s what I did (after fixing drainage issues). I laid down some stepping stones and surrounded them with Zoysia tenuifolia grass. 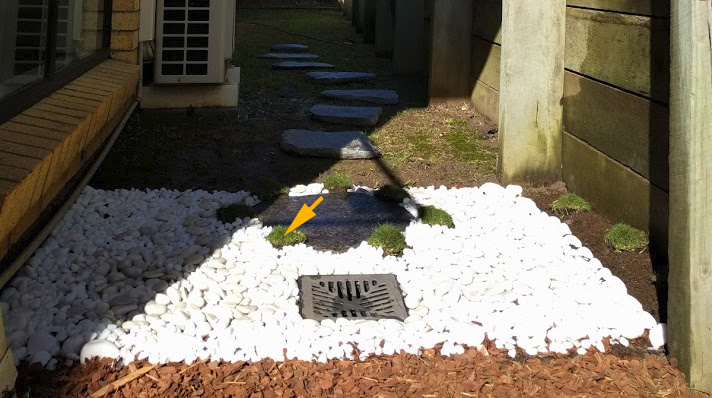 I didn’t have enough spare plants to do an elaborate design but I was curious to see how each plant propagates in given conditions and how long it might take for each to surround the stepping stone. I like that sort of look, you know, grass or ground covers weaving between pavers and rocks. I threw in some Irish Moss in there for fun and comparison. 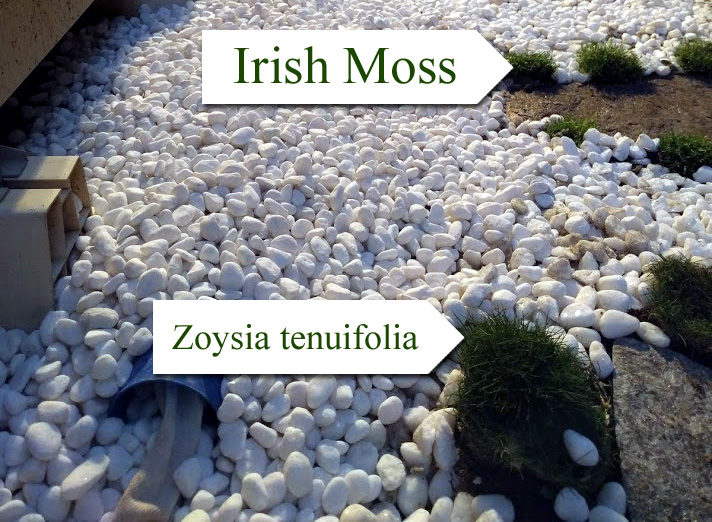 After a few weeks, Irish Moss was lush, green and healthy. New growth was clearly visible, it was flowering! 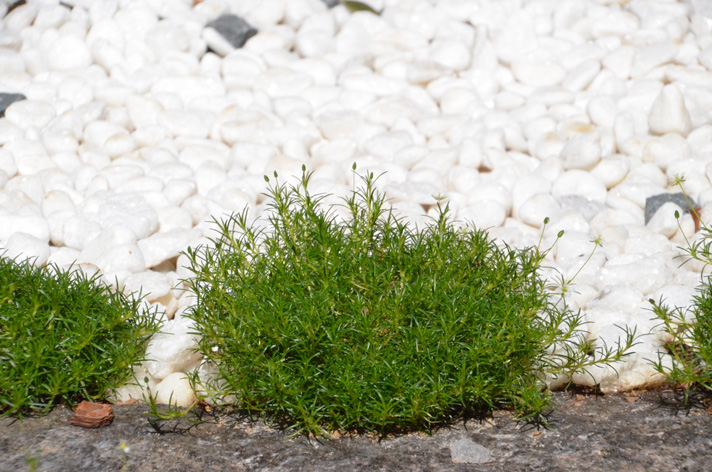 Zoysia, at the other hand looked exactly the same how I left it. I guess there’s no surprise there. It’s a tropical grass, loves sun and warmth despite it being marketed as “shade tolerant”. 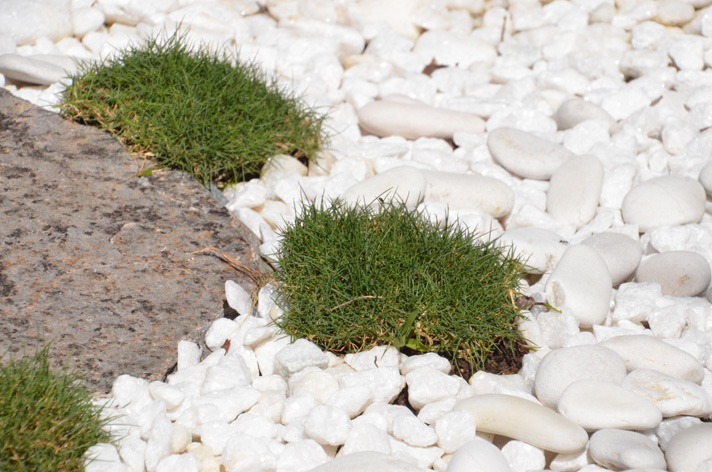 During my experiment temperatures ranged between minimum 10°C at night and maximum of 20°C during the day. Exposure to sun would be roughly one or two hours per day of direct sunlight.

Here’s a comparison between the two, Irish Moss is how wider than the 14cm pot Zoysia I planted right next to it. 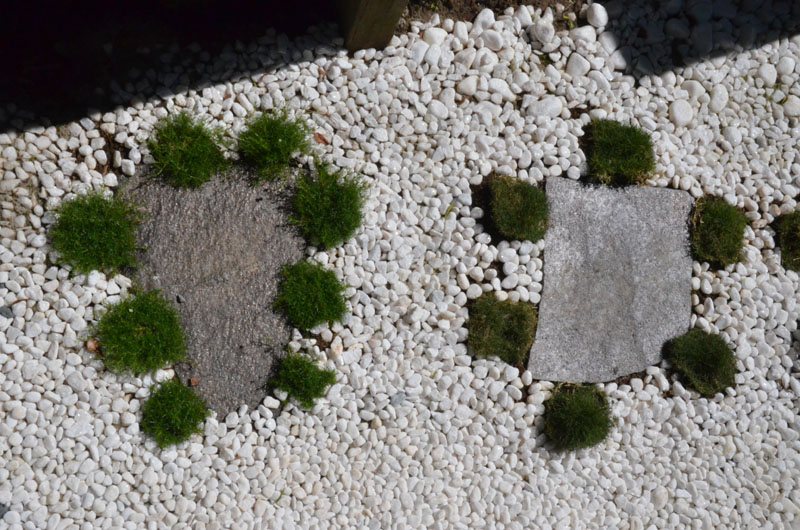 Two or three more weeks and the stone on the left will be fully engulfed. Awesome!

I know that Zoysia will pick its pace up in summer (it’s a very slow growing grass) so I’m not too worried but this does give me a very good idea about what to work with during autumn, winter and spring.