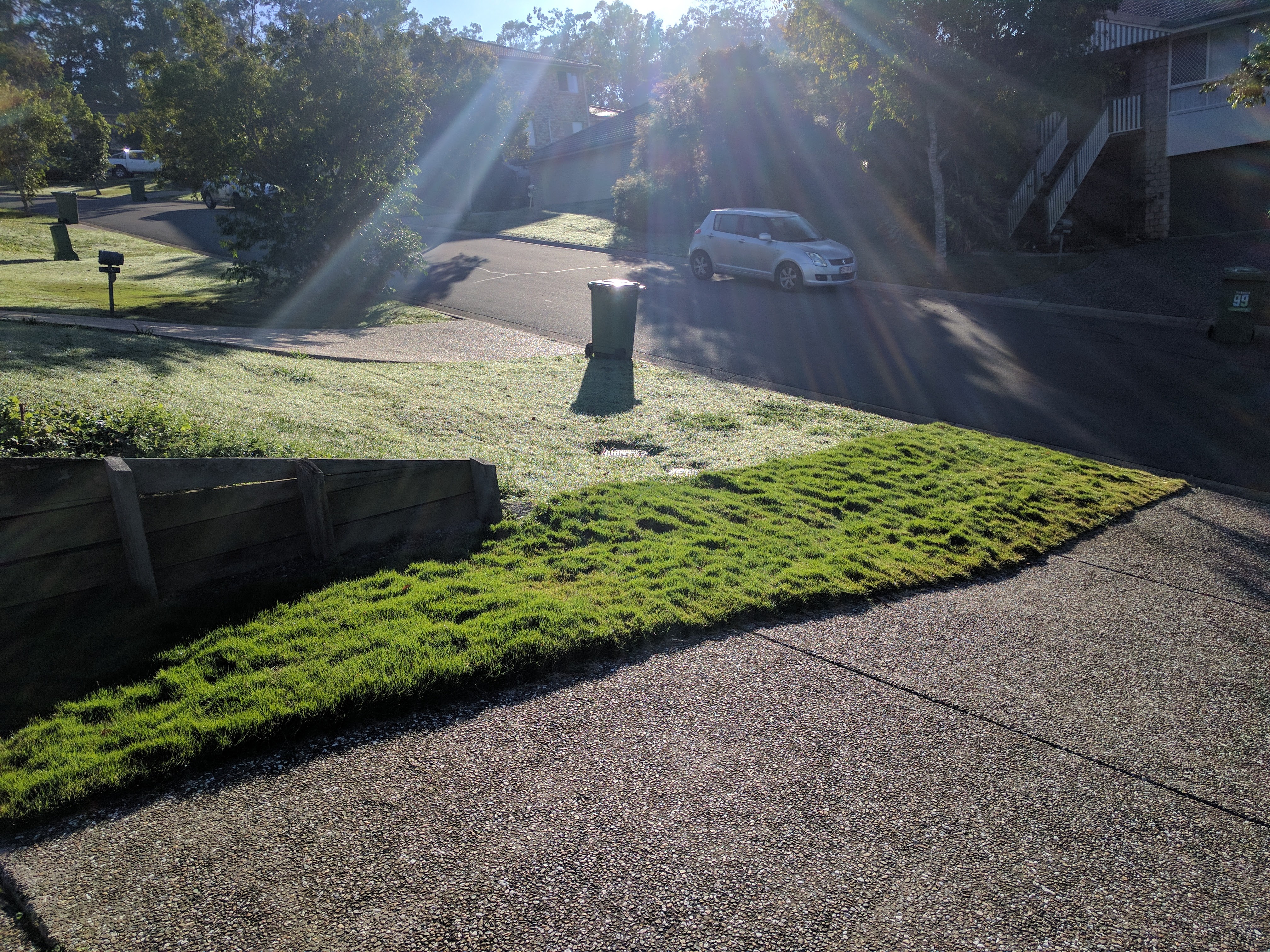 When I had the old turf removed I refused to use roundup to kill any remaining grass, instead I plucked manually and tried to do a thorough job.

What I didn’t know is that the roots also hide under the concrete driveway and spring back up in a few weeks. Still it wasn’t a major problem.

The issue with old turf removal isn’t plucking it here and there every now and then. The issue is that you don’t see it as it blends so well with the new grass.

Well, this dewy morning I noticed my neighbours’ grass reflected the sunlight with quite a contrast to my Zoysia and immediately looked to see if I’d be able to spot the otherwise hard-to-see sprouts. 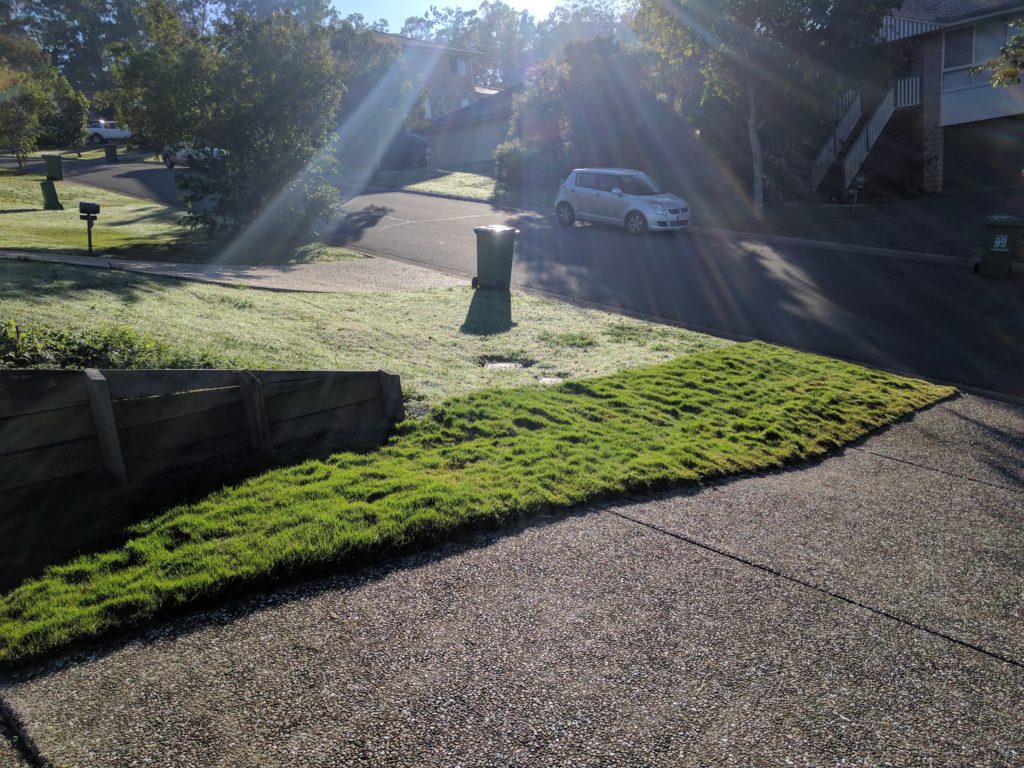 And it was too easy. For as long as I don’t shake the dew off the grass, it would maintain its contrast to Zoysia’s green. I guess this is due to the leaf’s microscopic texture and tiny fibres that coat it. 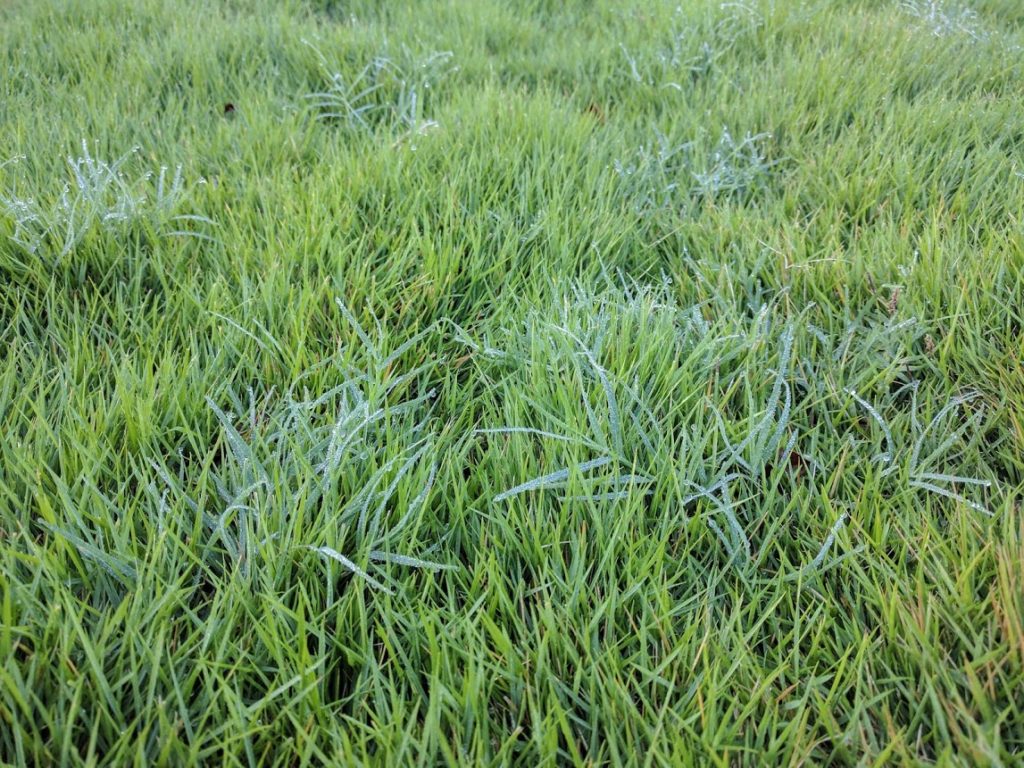 So in one morning I’ve removed all this previously invisible old grass. Interestingly, the effect is not there with mere watering by hose or sprinklers. Perhaps my mister might do the trick. Very neat indeed.