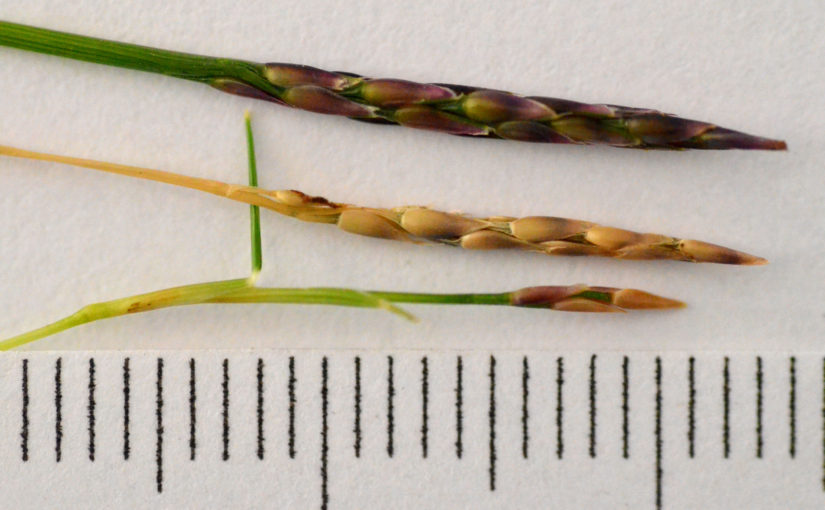 It’s winter here in Australia and my zoysia grass is flowering with patches of ripe seeds ready for harvesting. 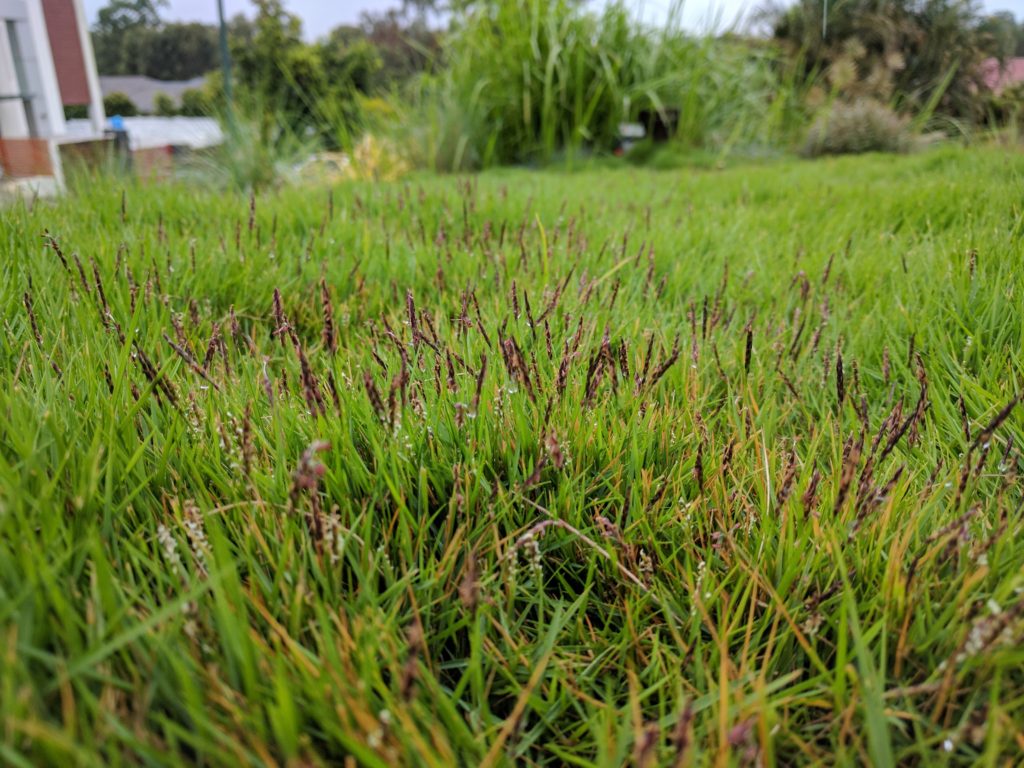 It’s interesting that both matrella and tenuifolia kicked off at roughly the same time. Tenuifolia had about two week head-start with its rather inconspicuous inflorescence. 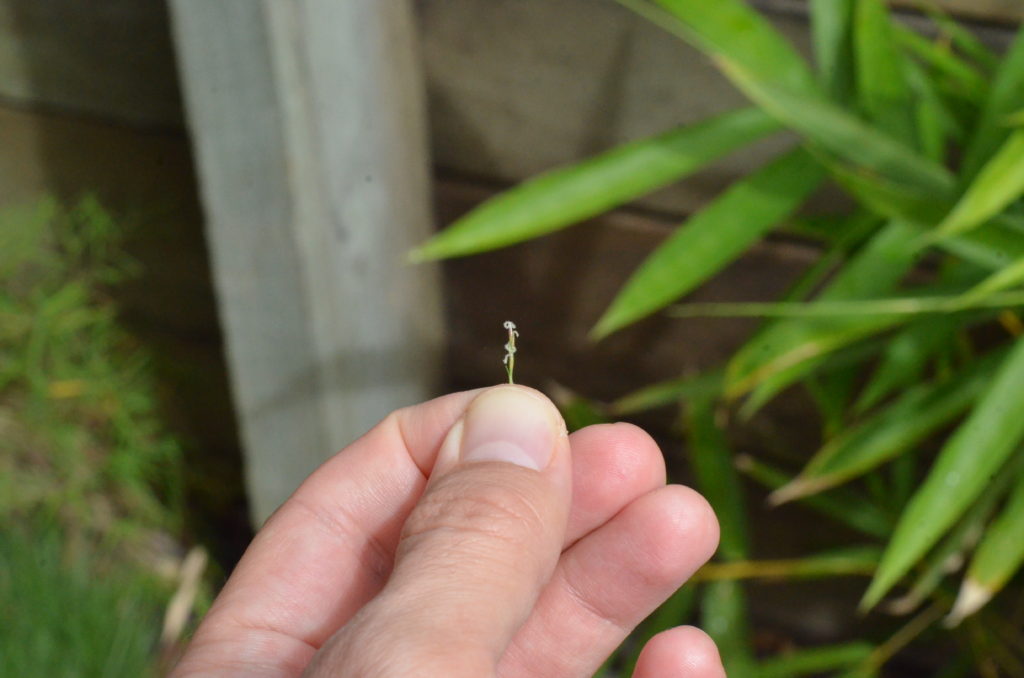 Its spikelet is slightly thicker than regular grass blades surrounding it and it’s a little lighter shade of green. 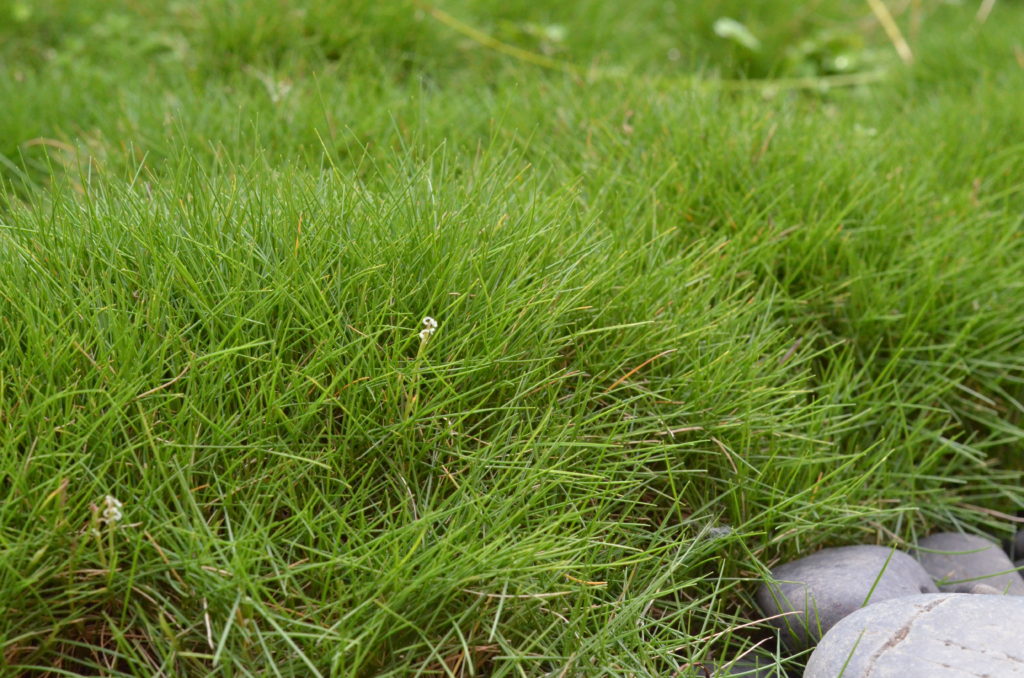 Seeds develop about two weeks after pollination and are easily picked off the spikelet. Easily picked, but not easily spotted. After the white flower head is gone, the rest of it blends with the the grass, making it challenging to spot it from afar. 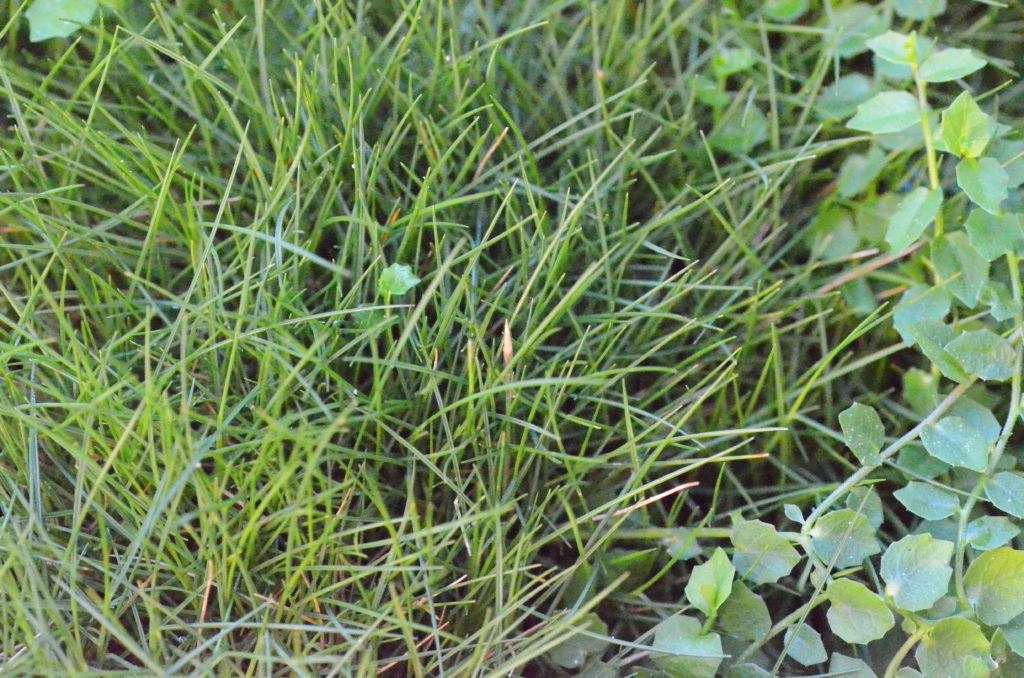 Can you see it?

I plucked it and took a macro shot of it so you can see it in greater the detail. Note that it only produces about 4-5 seeds on average: 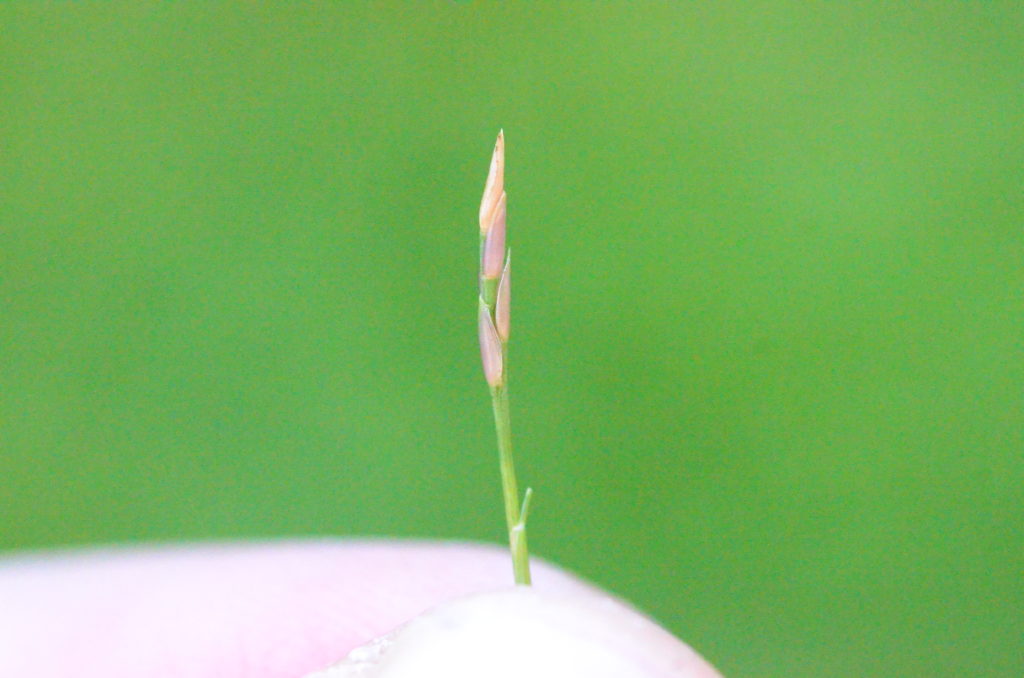 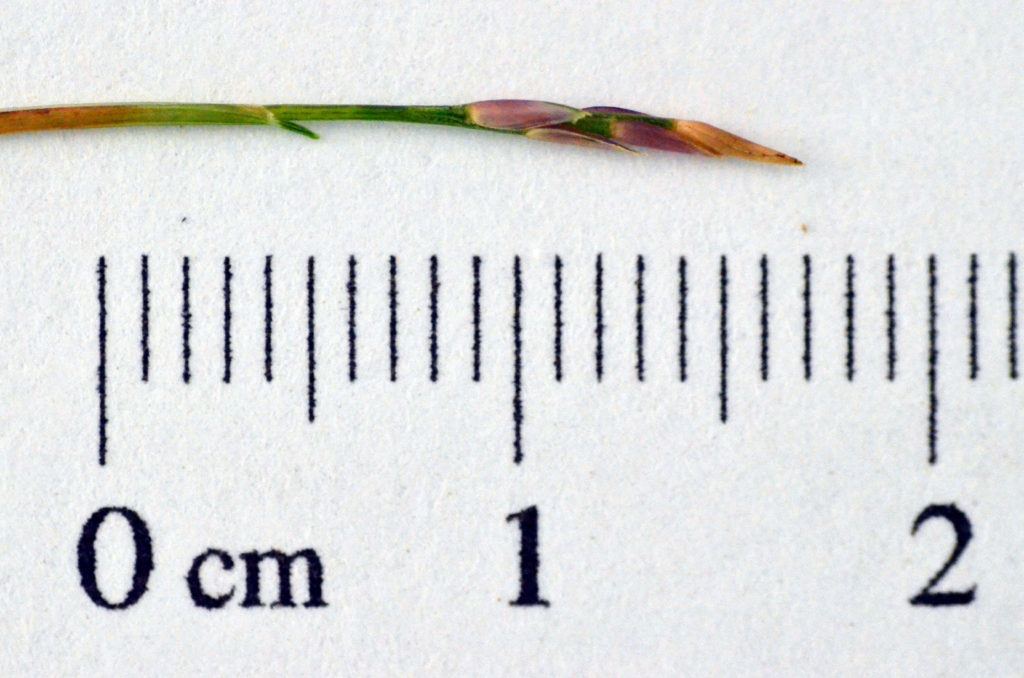 Zoysia matrella produces around 20 seeds. Here’s how they compare side-by-side: 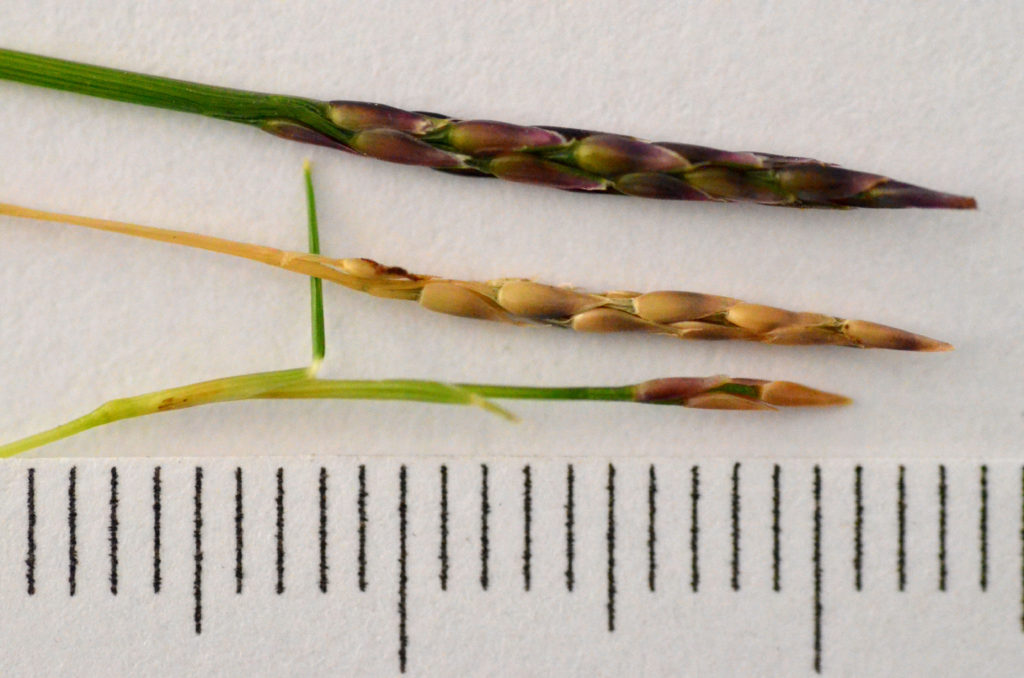 In the image below you can see the difference between matrella seeds and tenuifolia seeds (in the bag): 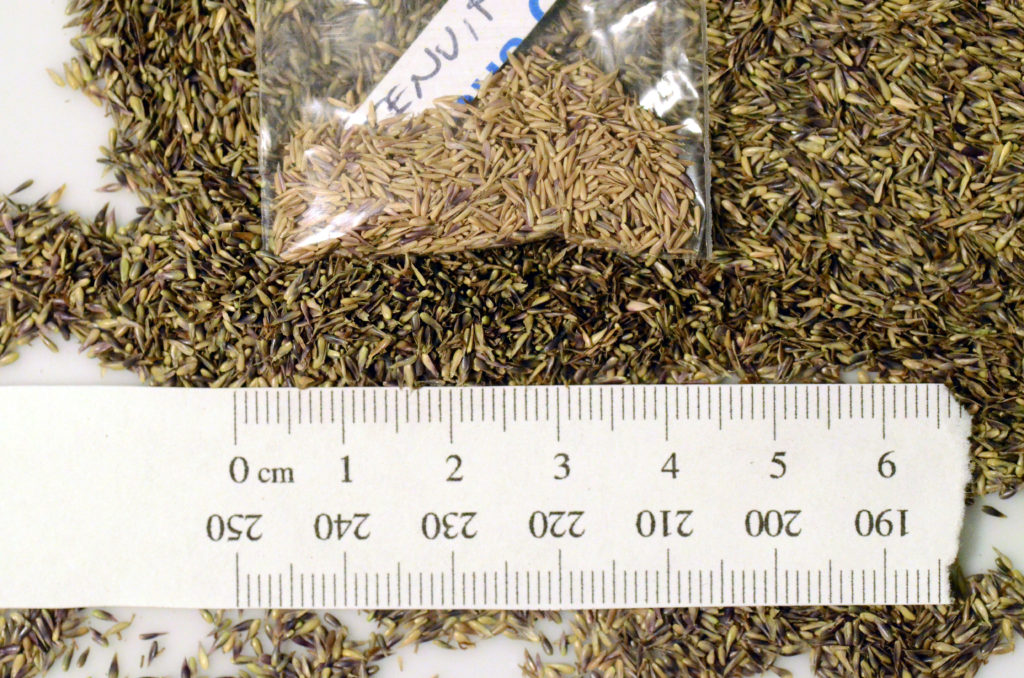 The colour difference is particularly prominent due to the fact that tenuifolia had extra time before I picked it, while matrella is quite fresh. 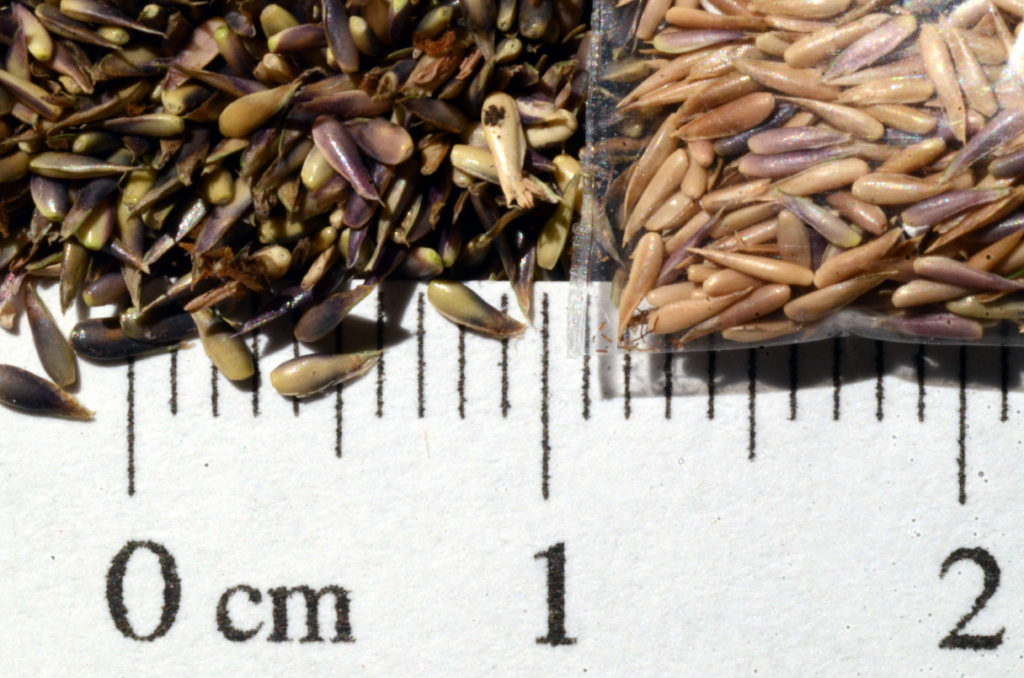 The main difference is the size and shape. Matrella seeds (left) are narrow ovate, approximately 0.8 to 1.1mm and about 30% larger than tenufolia seeds (right) which are very narrow ovate, 0.5 to 0.8mm. 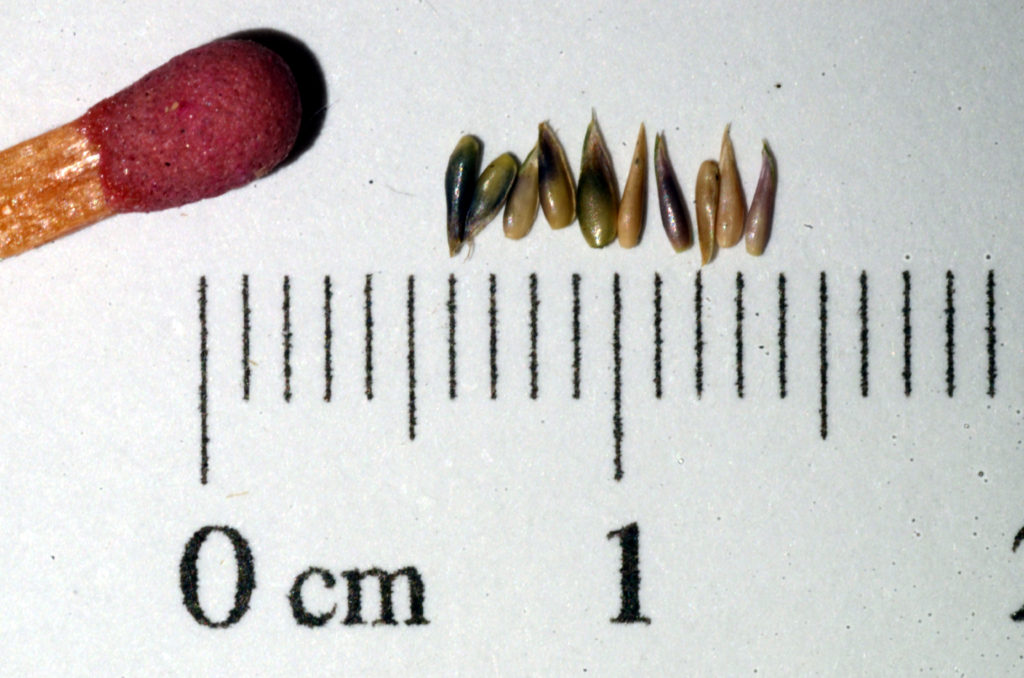